The big 3-0. Why is there such a fear in certain people about turning 30? It is just an age after all and, as the saying goes, you are as young as you feel. Another saying is “Age ain’t nothing but a number.” People either plan an awesome time for their 30th birthday and look forward to it or they dread it and do not want to let go of their 20s. At the time of this writing I am one year away from turning 30. Not sure how I feel about it. I guess I kind feel old but at the same time I still feel like an idiot kid who still has yet to get their adult shit together. Whenever I see people I knew from high school on Facebook post their wedding pictures or pictures of their kids I freak out because seeing that shit makes me feel old and also immature (But am I jealous of these people and would I want that kind of life? HELL FUCKING NO!).
There have been plenty of movies where someone turns a new decade older and they either have a life crisis or go all out. For example, the (terrible) movie This Is 40 where everything goes wrong for the main characters. Then there are those dumb annoying movies about someone turning 21. We get it you are turning 21 and want to get completely trashed it has been done and is not fun anymore. I feel like movies about turning a new decade or a milestone are clichéd and boring. Usually the characters are downers or they are too over the top. But let me tell you that the world has been saved from boring clichéd turning-another-decade/millstone-movies with the incredibly hilarious, ridiculously well-acted, and fabulously written Dirty 30.
Kate Fields (Mamrie Hart) is turning 30. She is a single girl and works as an orthodontist assistant. The movie begins with Kate on a horrible date with a guy who likes to go Goth on the weekends and has no concept of real life. To make things worse she sees her ex-boyfriend walk into the restaurant.

Sometime later Kate’s best friends Evie (Grace Helbig) and Charlie (Hannah Hart) come over for dinner. Evie sees there is a letter from one of their old high school teachers. The letter is actually a letter they wrote to their future 30-year-old selves. Evie reads the letter out loud. Apparently Kate thought she would be a dentist with a great husband and some kids. And also for this popular Ashley Driscol in their school to eat shit. Charlie and Evie realize they have completely forgotten about Kate’s 30th birthday that weekend. Kate does not want a huge party she just wants a small get together with her friends and that is all. Evie and Charlie of course have something else completely in mind.
Evie is stuck in a crappy marriage. Her husband is a jerk who just cares about himself and his parents are rich snobs. Her husband has plans to take her skiing with his parents to celebrate his promotion at work which is not a shock because he works for his father. Evie manages to get out of going skiing that weekend by saying that something came up at work. With her husband and the in-laws gone Evie gets to work planning an epic banger for Kate.
There is not that much more I want to give away with the plot because Dirty 30 is so freaking good. There are so many great scenes and lines that I cannot bring myself to spoil in any way for you.
This is the part where I am just going to go out all out and gush about how fucking amazing Grace Helbig, Mamrie Hart, and Hannah Hart were. Holy shit they just nailed every scene and every line. Grace and Mamrie came up with the story and Mamrie and another writer wrote the script. This is truly a Holy Trinity movie through and through. A lot of the humor is their individual humor along with some big exaggerations which were hilarious. I really have to give it to Grace in this movie. I was not expecting her character to be as funny as she was and Grace just totally nailed Evie. I cracked up the hardest with her scenes. Mamrie is a damn genius with her comedy and acting. Hannah was awesome as this competitive character who gets more and more competitive with one of the party goers as the night goes on. Mamrie did the best job of writing Charlie. Hannah is a figure in the LGBTQ community and Mamrie wrote Charlie like she was just another person with a girlfriend and it was no big deal. Exactly the way an LGBTQ character on anything should be portrayed. 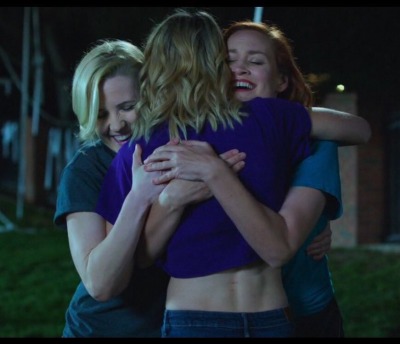 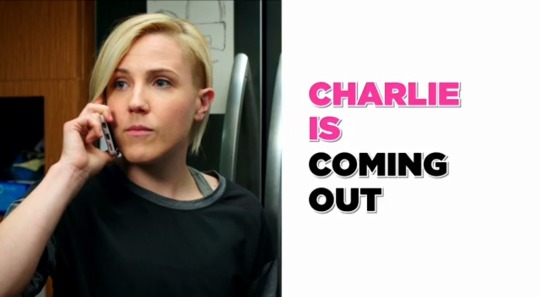 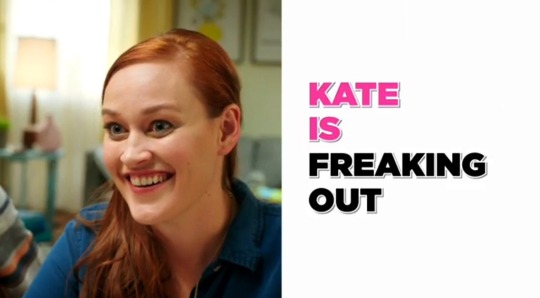 The rest of the cast was so outrageously perfect. My girl Anna Akana played the bitch Ashley Driscol and I loved every second of her scenes. Besides the Holy Trinity I was looking forward to see Anna Akana the most. Mamrie’s BFF Flula Borg played the DJ and had some really funny lines. Whenever I see Flula all I want to do is hug him so hard! Rhett and Link make hilarious cameos as two stoners. Drew Monson was great in his few scenes he had. Mikey Murphey is one of the most adorable human beings I have ever seen. Chester See is, of course, in scenes with Grace and his character was crazy! Lee Newton is a treasure not matter what she is in. She did not really have a lot of lines or screen time which I wish she did but she was funny as hell in her scenes. And I have to give a big shout out to Joselyn Hughes who plays a waitress at the beginning of the movie. I was so excited to see her too. I may be insanely biased when it comes to Dirty 30 because I adore Grace Helbig, Mamrie Hart, and Hannah Hart so much but I gotta tell you guys that the movie is hilarious. If I did not know who the three of them were and just watched it on like, Netflix, I would think it was really funny. If you are a fan of the Holy Trinity, you will love Dirty 30 much. There are a lot inside jokes and puns the girls are fond of throwing around. The story is original and creative which makes it all the more enjoyable. Within the main story there are a bunch of others about other characters who learn some things about themselves and even get some nerve to stand up for themselves. Go watch Dirty 30 as soon as you can even if you are a fan or not and just want to have a good time watching a comedy movie. 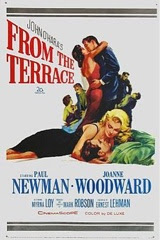