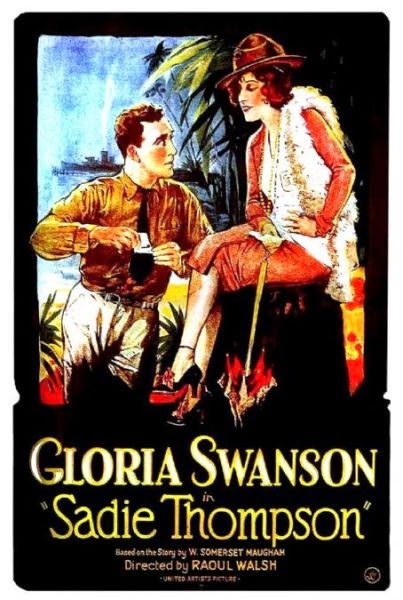 Last night in my Music and Film class my professor showed Gloria Swanson's movie Sadie Thompson. The movie was made in 1928. Even though sound was now being used in cinema Sadie Thompson is a silent film. Swanson- like many silent stars- thought that sound in film was a fad that it would never work. Director Raoul Walsh also stars as the leading man in the movie Tim "Handsome" O'Hara.
Sadie Thompson is a "lady of the night" looking for a new job on an island called Pago Pago.  On the same ship is a "moralist" named Mr. Davidson (played by Lionel Barrymore) who has come to the island to teach the natives about sin. Once off the ship Sadie attracts the eyes of some Marines stationed on the island. Before she even gets to her room in a small motel there are men circled all around her. 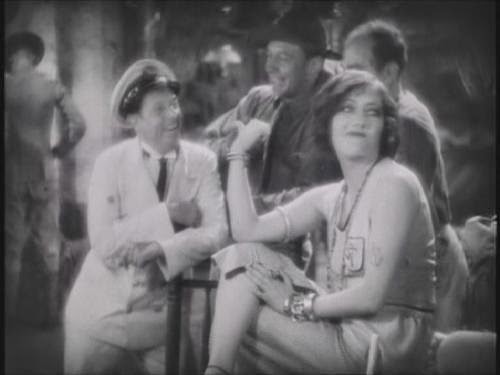 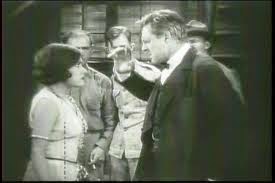 One of the Marines following Sadie is Sgt. Tim O'Hara who has fallen the hardest for her. Mr. Davidson and his wife are also staying in the same motel as Sadie and they are appalled by her behavior: smoking, flirting, listening to Jazz. Sadie and O'Hara have a "romantic" scene (by 1920s standards) out on the porch. He tells Sadie that he has a friend who married a prostitute in San Francisco. Sadie comes from San Francisco where she is trying to get away from someone who won't let her "turn straight." O'Hara wants Sadie to not go on the ship she is supposed to instead he tells her to go to Australia so they can start fresh. She agrees... but unfortunately Mr. Davidson wants to redeem her and has tricked her into saying why she left San Francisco. Davidson has ties with the governor who now says she cannot leave the island that she must go back to San Francisco to go to jail. Sadie told him that there is "a man there who won't let her go straight." Davidson figures that there is a warrant out for her arrest. Sadie says she is innocent but she will still go to jail. A bit later Sadie is sitting in her room alone; she calls out to Davidson because she is afraid. He gets her to repent and pray. She turns to Christianity and for three days she prays and gets rid of everything from her old life. O'Hara comes back to get her to put her on a boat to Australia. For the three days he was locked up for being immoral. Sadie says that the old Sadie has died and now she must pay for her sins. O'Hara sees this for the load of garbage it is and forcibly takes her against her will. Davidson is outside and Sadie runs to him, he has made her a weak and timid woman. Later that night Davidson cannot sleep, earlier in the film his wife has told one of the other visitors that her husband has not been sleeping well because of "unpleasant dreams of Sadie". The visitor is no fool; he knows the dreams are not "unpleasant" at all. Davidson walks outside of Sadie's room; she doesn't know what the noise is and out of fear runs to Davidson's room. He see's Sadie in his room, he is unable to handle his sexual attraction to her no longer. He kills himself by slitting his throat in the ocean. Sadie and O'Hara meet again. She is able to see that Davidson was no good. O'Hara asks her again to go to Australia with him and she agrees. 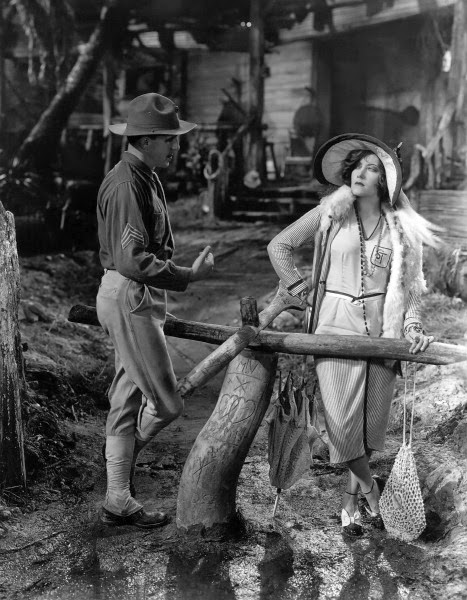 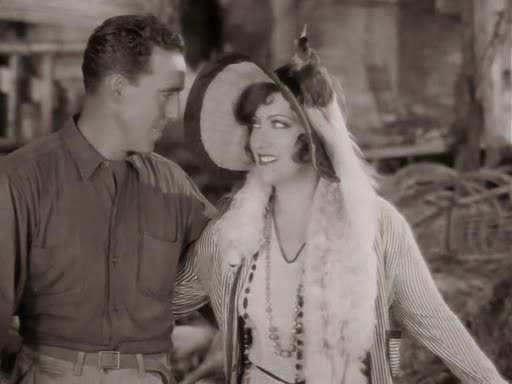 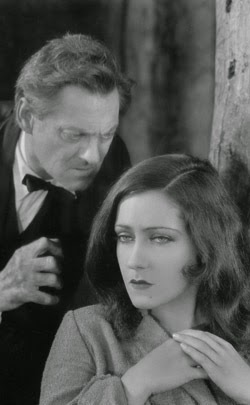 So this is not shocking in the least to us today but when you think back to the time this was made it's really shocking. Gloria Swanson really wanted to make this film and had to go through hoops with the Hays Code and the moralists of the day to get it made. Swanson and the movie received an Academy Award nominations.
This is now one of my favorite films. The story is so good and so different for a movie at the beginning of film. Gloria Swanson was gorgeous and wonderful as Sadie. I can now see what this is considered the performance of her career. For me now she's not just the crazy, scary bitch from Sunset Boulevard!! She's now also a feisty, beautiful woman. The direction was done very well by Raoul Walsh, he did what is asked by every director- to capture the emotions of his characters. My favorite part of the movie is when Sadie and O'Hara "kiss" with the ends of their cigarettes since it was "morally wrong" back then to have a passionate kissing scene. It says so much without being so much it was perfect. 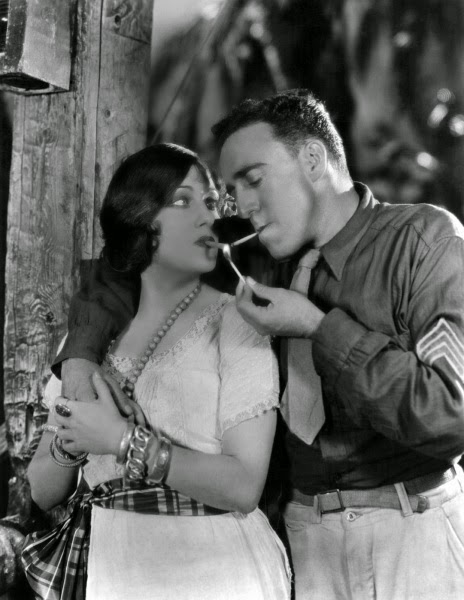 My professor for Music and Film, Joseph Turrin, composed and scored the music for Sadie Thompson when it was originally released on DVD. The score Professor Turrin made is perfect. He did such a fabulous job, he fit the music to the moods and really created great tension between Sadie and Davidson with some piano notes. The piano playing a few notes along with the rain falling is brilliant.  I liked the music for the record player it was a Jazz rhythm.
Try your hardest to get your hands on this movie if you can. If you're a movie fan in any sense Sadie Thompson is a brilliant film to see.

Posted by UneCinephile at 11:00 AM