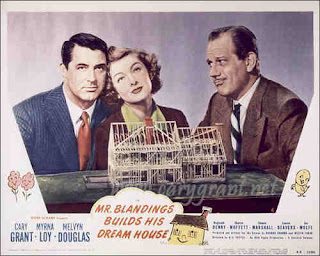 “The next time you're going to do anything or say anything or buy anything, think it over very carefully.”
My mom constantly has HGTV on whenever she gets a chance to have the living room TV and five minutes to sit down. To me the channel runs the same kinds of programs over and over again just with a slight different twist. The one type of show I feel I am constantly seeing are the ones where a couple want a room of their house redone but do not know how to go about doing so. A crew of designers, carpenters plumbers and whoever else have you comes in and completely remodels the whole room. Sometimes the room comes out to be like over $18,000 which to me is nuts. Then there are the other shows that have a couple looking for a new house with a certain budget and these designers give them ideas about how to remodel the house with whatever little money is left over. I seriously cannot tell you enough how I hate these shows and the people who host them and the couples shown.
Had I never watched the shows aired on HGTV I may have liked the film Mr. Blandings Builds His Dream House. The film is about the Blandings- Jim and Muriel and their two daughters- and how they live in a small cramped New York City apartment with barely enough room to breathe for the four of them. The film is obviously told from the point of view of Jim, he is the grumpiest out of the family about their living situation. One day Jim sees an advertisement in the paper about a house in Connecticut which is really cheap. He and Muriel take a ride and really like the house the only problem is the house is falling apart. They buy the house and the land for what seems like a steal but as they soon find out among many other things they paid too much for the house and the land because the seller knew they were from out of town and did not know anything about buying property.
Building inspectors begin coming to the house and they all say the same thing that the house just needs to be torn down it is so structurally unsound. And so begins the chaos and what feels like I am watching the 1947 version of an HGTV program.
Jim and Muriel agree to tear down the house and build a new one. At first they make a really nice big house but then they have to cut down because of the cost. Problems arise during the construction like a well bursting and flooding the basement section of the house. The cost of building begins to pile up and Jim seriously considers selling the house and the land to cut his losses.
Before the house is fully complete the family moves in because the owner of their apartment wants them out. The house still has no windows and the door to Jim’s closet keeps getting stuck and he cannot get out. Jim finds he is still cramped in the bathroom while trying to get ready for bed the same time Muriel is. Muriel goes to town decorating the new house telling the painters the colors of paint she wants on the walls in each room in great detail and all they pretty much hear is blah blah blah white blah blah blah blue blah blah blah.
Once everything is settled and they adjust to their new routines and lifestyles the Blandings find their new home satisfactory. Cary Grant and Myrna Loy were very good as Jim and Muriel but I just could not get into their characters. Both actors had such good chemistry… but on the other hand when did they ever not have good chemistry with other actors especially Grant? I really could not get into the whole film most likely because I have not been in their situation yet in my life. Grant played Jim with a touch of his old screwball-ness coming through. You can clearly see the frustration on his face and even though you want to feel bad for him you just have to laugh. Myrna Loy… I do not even know what to say. At this point in her career she was getting older and started to play mother characters. This was the first time I had ever watched her in anything but The Thin Man series or her roles in the 1930s when she was the independent and feisty female lead. She was as always fabulous she did a very good job but there was just something about her here… I cannot even exactly say what it was. I think it felt like she was held back and mostly she was the Myrna Loy I am not used to seeing. Yes she was older but she was still gorgeous and still a very good actress but at this point she started to play the obedient housewife who did nothing but think of decorating the house and letting the men do all the talking. Damn the late forties/early fifties ideal of the housewife and what a woman should be!!! (ok my modern semi-feminist views are coming through I apologize but I feel this put a great limit on Loy’s and many other actresses’ talents). I will say I had to laugh and love the angry looks she gave Grant in one scene her facial expressions were so good. I was so happy to hear Loy make what to me was a witty line; she, Grant, and their characters’ friend Bill get stuck in a closet. Jim breaks the window and the door opens to which she replies in an almost Nora Charles wise crack “In case of emergency break glass.” When Mr. Blandings Builds His Dream House was released critics felt that Cary Grant and Myrna Loy were too old to be the naïve new homeowners… if they could only see couples buying homes today not much has changed in sixty-four years everyone can relate to Jim and Muriel Blandings. These people were city dwellers most likely their whole lives I know people who are older than the Blandings buying their first home away from a large city and they have or had no clue what is/was going on. This is a film that even today people can relate to. The prices of housing have gone way up (the Blandings had an $18,000 mortgage which today is the lowest cost of possibly getting a bathroom remodeled) but the situation has definitely not.
While I was not too crazy about the film it is not one I would tell people not to watch. It is worth at least one viewing for Cary Grant and Myrna loy.
Side note: A while ago I told my great-grandmother I watched this film and she just raved about it. She is 94 years old and nothing gets her hormones going like talking about Cary Grant! (She has professed that she is “94 years old and if he told me to do a handstand right now I would!”) We had a bit of a battle going on because she cannot stand Myrna Loy which I think it is because she got to work with Cary Grant and my great-grandma pretty much does not like any of the actresses who worked with him (do not even get her started on Ingrid Bergman working with Cary Grant she thinks Bergman slept with him!! to which I properly tell her Bergman probably wanted to but did not).  Great- Grandma said that Mr. Blandings is one of her favorite movies she remembers going to see this in theaters. 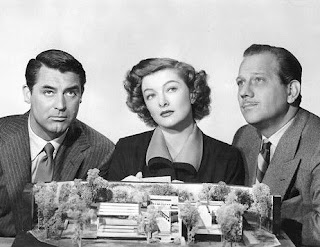 Posted by UneCinephile at 1:24 AM