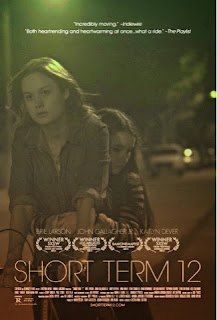 “Mason, you have no idea what I'm going through right now.”
“Then tell me. That's how this works. You talk to me about it so that I can take your hand and fucking walk through this shit with you. That is what I signed up for, Okay? But I cannot do that if you won't let me in.”

It is hard to tell people how you feel when it is hard for you to understand how you are feeling. Due to ADHD my life has been usually one big emotional mess. When I get frustrated or stressed I start crying or have a total breakdown. Today I tried to explain what it is like to be around a group of people for a long time. I am outgoing and like to talk but when I get bored or feel overwhelmed I need space I need to go hide somewhere. As weird as this sounds I retreat into a TV show or books or movies or music. All of those things speak to me the way people never can. I know not one of those things will ever judge me or let me down. I still go to my family when I need help or need to talk but all of those things are an escape for however much time I spend with them.
I have also suffered from depression as a symptom of ADHD. It sucks I would never wish it on anyone. I feel terrible for people who suffer from it especially when kids do. My brother told me the other night to watch the movie Short Term 12. He said it was incredible and that I would like it. I think he knew I could relate to some of the things the characters were going through just not as extreme.
Short Term 12 is a place where kids from broken homes or the foster go to stay until they can get to another place.  The story focuses on one of the workers at the facility named Grace (Brie Larson). She has been working at the facility for some time and knows how to manage each kid that is there. A few of the kids come from broken homes and some of severe mental issues. One of the kids runs out of the facility screaming like something evil is chasing him and Grace and two other counselors have to chase after him and hold him down until his fit subsides.

Grace is dating fellow counselor Mason. They have both been through the foster system and suffered from a whole host of issues from bad parents and with Grace from self harm. Because of her issues she loves and cares for Mason but not the way he loves and cares for her.
One day a new girl named Jayden comes to stay. Her father is a friend of a friend of someone who runs the facility. Jayden’s father is not the best he does not know how to handle her since her mother died. She self harms and defies authority. Grace sees some of herself in Jayden and does whatever she can to help the girl. Unfortunately for Grace, Jayden reminds her so much of herself that all her old insecurities and what happened in her past resurface and begin to cause problems at work and with Mason. Trust me the story is not boring. My summary of the story is not the greatest. The story is so great and so perfect. You feel bad for all the kids and even the main grown-ups. You feel bad for the kids because no kid deserves to be unloved or so mentally unwell. You feel bad for the grown-ups because they had such a shit childhood and you can see they want to grow and become better people. They have become better people but they are still struggling with their past and all their emotions and feelings. My experience with sadness and depression is in no way as tragic or extreme as what all the characters go through but I do know what it is like to want to move on when your depression and your crappy emotions are always there to tap on your should to remind you they are still there. It sucks. For once I liked that there was a happy ending for Grace. She worked through the darkness and saw the dawn again. That is exactly what I had to do I had to go through a whole lot of dark days to see a bright one. It is possible and Grace’s story shows that perfectly.
Short Term 12 is a fantastic movie. Now I am sure you are rolling your eyes when I say it was fantastic because I just basically made this review as if it was a diary entry instead of a movie review. I will tell you that my brother who recommended Short Term 12 to me has been very fortunate to have suffered from depression or anxiety or ADHD. He is actually a film studies major and a concentration on screenwriting. Anthony knows his stuff he knows a good movie with a good story when he sees one (put it this way he could probably write an entire book breaking down Christopher Nolan’s Batman trilogy and compare it to works of literature without making the comparisons boring. Plus Anthony was also Valedictorian of his English department at his college the kid knows a good legit knows a good story). Besides the story I really liked the movie for the cast. Brie Larson was wonderful I cannot see anyone but her as Grace. Rami Malek from The Pacific series and Night at the Museum plays a new counselor. I must give a giant mention to Stephanie Beatriz who plays another counselor. I adore that woman on as Rosa Diaz on the TV show Brooklyn Nine Nine. Rosa is my idol and Beatriz just kills it playing the character (plus I have lost count how many tweets she has liked of mine about the show. She even liked one I tweeted about this movie on the account I have for this blog: @cinethusiast).
If you have Netflix as soon as you are done reading all my babbling do yourself a huge favor and go watch Short Term 12. You will be happy you did it is that good.