“Our chance has come! Show no mercy! Let no power on Earth stop you! Prove to the world that no man could kill women and children and live to boast of it!”

Of course I had to watch Charge of the Light Brigade. Errol Flynn and Olivia de Havilland are in the film. Well, I should say it was just Errol Flynn because Olivia de Havilland was barely in it. Patric Knowles as Flynn’s brother was in the film more than de Havilland. If all three actors had not been in the film it would have been perfectly fine to skip. Pretty much as soon as the film started I was bored with it.
I am not going into too much detail because as I said I was bored and there is no need for details. It takes place in the time when the British ruled India. There is a man named Surat Kahn who for the most part has been friendly to the British soldiers particularly Geoffrey Vickers (Flynn). Geoffrey has come to know the Kahn well and has a feeling that the man will not remain friendly for too long.
Eventually the Kahn attacks a British garrison and orders all the women and children killed. Every man in Geoffrey’s regiment wants their revenge on the Kahn but they are ordered to fight the Russians in the Crimea War. The Kahn is hiding in Russia and is being protected by the Russian government. Geoffrey goes against orders and has his outnumbered troops follow him to face Surat Kahn.

Mixed in this melodrama is an incredibly pointless love triangle between Geoffrey, his fiancée Elsa Campbell (de Havilland), and his brother Perry (Knowles). 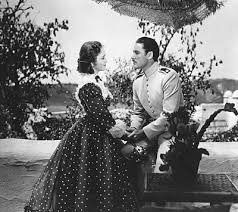 The cast main cast of Errol Flynn, Olivia de Havilland and Patric Knowles is fabulous I just wish they had been used in a better film… yes I know they were in The Adventures of Robin Hood together! I am talking about the time they could have been put in a better film. This was Flynn and de Havilland’s second film together so I am sure that Warner Bros. just wanted to throw them in any film they could since they were such a successful pairing in Captain Blood. Knowles was the other Errol Flynn at Warner’s because he looked like him so it as an obvious choice to cast him as the brother. For some reason I could not get over de Havilland’s eyes they were so pretty in this film. Spring Byinton, Nigel Bruce, and Donald Crisp are also in the film. Byington was so wrongly used she the annoying wife of Nigel Bruce who constantly nagged him and was a gossip whore. 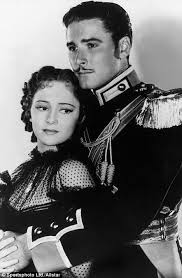 Charge of the Light Brigade did very well when it was released. I can see how was successful at the time Errol Flynn was a handsome man and was put into a perfect setting. If you are not a fan of Errol Flynn and Olivia de Havilland skip the film and watch their other much better films. 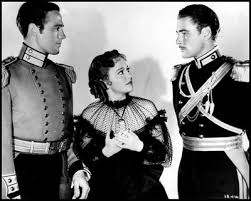