“In each of us two natures are at war-- the good and the evil. All our lives the fight goes on between them and in our hands lies the power to choose—what we want most to be we are”

Dr. Jekyll and Mr. Hyde tells the interesting subject of good vs. evil. Dr. Henry Jekyll (John Barrymore) is a young doctor who devotes all of his time and energy into helping people. He believes science is the way of the future there is so much that the mind has not yet explored. Henry’s good friend Dr. Lanyon is not too crazy about Jekyll looking so far ahead he should be in the here and now. 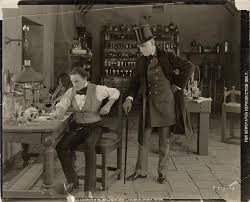 Henry is in love with a young woman named Millicent Carew. Henry was supposed to be at a party given by Millicent’s uncle Dr. George Carew but he sends a letter saying he will be late his clinic for the poor is very busy. When he does get to the party Carew and Lanyon tell Henry he does not have any fun he is always so busy he does not have time to give into temptation. Carew comes up with the idea to bring Henry to a dancehall where there is temptation all around. Carew introduces Henry to an Italian woman named Gina who is a dancer. Henry looks at her and leaves. That night Lanyon tells Henry that Carew is a good man even if he is an immoral man of the world. He takes care of Millicent and guards her with his life because he does not want her to do what he has seen other women do. He comes up with the idea of how can a man not be either good or evil yet his soul still be pure. 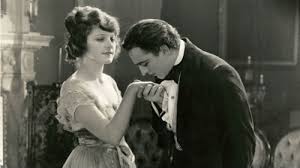 For days and nights Henry works in his laboratory coming up with concoctions. He finally comes up with one that turns him into an ugly and evil looking man. He also comes up with one that restores him to his real self. His evil side Mr. Hyde goes loose onto the streets. The first place Hyde goes is to the dancehall where he finds Gina. The monster and the dancer sit down together. Hyde takes notice of Gina’s ring she tells him it is an old family ring that has been used to carry poison in. A few days later Henry writes up a will stating that if anything should happen to him all his possessions will be turned over to Mr. Hyde. His friends are confused they have no idea who this Hyde is he is leaving everything to. 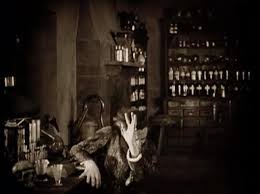 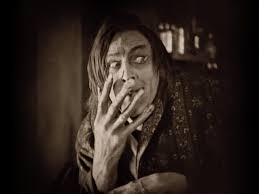 Henry does not like being Mr. Hyde. He does not like the evil things Hyde does. He decides to stay as Dr. Henry Jekyll. He has neglected Millicent for some time and he renews his love and passion for her. Unfortunately it is not long before Mr. Hyde reappears. Hyde continues to do evil things. Henry cannot take it he does not want to be the monster anymore. When he returns home one night Carew is there and asks where he has been going to. Henry becomes angry with Carew because he is the reason for Mr. Hyde. Carew made Henry question his goodness. Through his anger Mr. Hyde appears and Henry cannot help what he does. He chases Carew out into a courtyard and kills him.
Jekyll tries as hard as he possibly can to keep Hyde at bay. He locks himself in his laboratory for days because the drug he needs cannot be found anywhere in the whole of London. Millicent gets into the laboratory. She sees Jekyll as Hyde. He takes the poison in the ring so he will not hurt the woman he loves. Henry and Millicent embrace one last time before he dies.


This version of Dr. Jekyll and Mr. Hyde was quite scary and I think that comes down to the fact that it is silent and the black and white film makes Mr. Hyde more sinister. The makeup John Barrymore had to wear was creepy. Speaking of the “Great Ham” Barrymore overacted so bad. I know that was the style being overdramatic but Barrymore’s overdramatic-ness was hysterical. There were a few other actors who went a bit overboard as well it was not just Barrymore. I do recommend seeing this silent version of Dr. Jekyll and Mr. Hyde.
Posted by UneCinephile at 9:11 PM