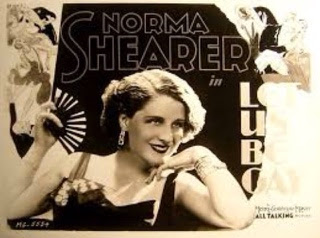 “Oh, innocence is not my long suit.”
So many films have been made where a guy leaves a girl who is not “pretty” and cannot give him the satisfaction that he wants (that makes me cringe with anger just writing that). The girl still loves the guy and wants to get him back so she decides to get a hot make over and completely change her personality and way of life. Stories like this when they are made today give off so many wrong messages to young women. They make me cringe with anger. The guys in these situations are total assholes and I have to say the women even more so because they apparently cannot see the value of self worth. Anyway that is what happens in the films of today. Films in the Pre-Code era of Hollywood have the women get even with their men and drive them insane with jealousy and lust. These women were brazen, bold, unabashed, and sexy. No one was calling them out on their “slutty” ways. They felt free and liberated and looked stunning doing so. No one pulled off the care free, liberated woman to perfection like Norma Shearer. While the story of her 1930 film Let Us Be Gay follows the storyline mentioned above Shearer sees her value and what she can do with it and the guy, while he is an asshole, still loves her and never wanted to leave her in the first place.
Kitty Brown (Shearer) is not ideal pretty wife that her husband Bob (Rod La Rocque) would want to parade around town. Despite her frumpy flaws Bob does love her even if she does not satisfy his manly needs and desires. Kitty is devoted to Bob and loves him terribly. One Sunday he is supposed to be going golfing at his local club and then to dinner. Kitty manages to get her way into coming to watch him play. Bob seems a little nervous about her coming along. The phone rings and Bob answers it. The voice on the other line is a woman and she is beyond annoyed that Bob wants to spend time with his wife. When Kitty is done getting dressed she has on an old matronly looking outfit. Bob tells her she can go to the store and buy nice clothes but she would rather make her clothes. Their housekeeper comes to the room telling Bob that a woman is there to see him. Kitty comes into the room a few moments later. She knows right away that the woman is Bob’s mistress. She is dress in the latest clothes and looks quite provocative. Kitty remains calm and gives some biting remarks but finally has it and goes to the bedroom. Bob follows her and tries to tell her that the woman means nothing to him he loves her (Kitty) more than anything in the world. Kitty does not want to put up with his philandering and tells him to leave.
Three years later, at a mansion on Long Island owned by a woman named Mrs. Bouccicault (Marie Dressler), Bob is there with the old woman’s granddaughter Diane. Boucci, as the old woman is called, does not want her granddaughter to be with Bob. Diane is engaged to a nice wealthy young man. Boucci has called on her American friend she has spent three summers with in Paris to come take care of Bob. The American friend happens to be Kitty Brown. This Kitty Brown is salacious, free spirited, and exciting. Gone are her frumpy locks and clothes and makeup-less face. She is enough to set men’s tongue wagging the moment she walks into the room. Now dressed in the latest fashions and a few men under belt, Kitty’s mission given to her by Boucci is to seduce this man that Diane is going around with. Boucci has no idea that Bob and Kitty were once married and have not seen each other in three years.
There are other guests at the house besides Bob and Kitty. There is the over the top and past her prime Madge Livingston (famous Hollywood gossip columnist Hedda Hopper), the objects of Madge’s affection Wallace who is a mouse of a stiff man, and the smooth English gentleman Townley. Everyone comes around for tea in the afternoon. At first Kitty and Bob do not notice each other since they are on opposite sides of the veranda. When they do see each other Kitty keeps right on flirting as if she does not know Bob and he plays along. Bob cannot keep his eyes off his former wife. After tea, Bob and Kitty go for a walk. He wants to tell everyone about them but Kitty does not want to because she does not want to bring everything up again.

As the day goes on Diane slowly becomes jealous that Bob cannot stop looking at Kitty. Even Madge is getting upset because Kitty has been playfully flirting with Wallace and that he has become infatuated with her. That night Townley climbs the stairs of the balcony to Kitty’s room to see her. She mercilessly teases Townley by pulling away when he goes to kiss her. They go into her room. She has no intention of doing anything with him but lets him ramble on and try his best to seduce her. A knock from the doors on the balcony interrupts the fun. Bob is at the door. Townley hides in the bathroom. Bob tell Kitty he wants her back he has fallen in love with her all over again because she has changed. Like an excellent smart woman Kitty calls her former husband out on what he has just said. All the sudden Townley sneezes and Bob hears. He is furious with her thinking she was going to do something with the other man. To make the matter worse Wallace comes up. Not making a big deal of Bob storming out of the room Kitty has Townley and Wallace sit down with her. Again they are interrupted but this time it is Boucci. Both men scramble out before the old woman can become furious with them. Boucci is outraged because Diane and Bob have decided to get married and want to do so immediately. Kitty is a little hurt by the news.

Kitty plans to leave the following day but Boucci has a plan to make her stay. She has Kitty and Bob’s children come to the house to make Kitty think of them. When the children see their father they run to him. Diane is stunned she had no idea Bob had any children. Now Kitty and Bob have to confess that they were once married. Diane is furious and runs off after the young man she was supposed to be with. Kitty does not want Bob either. She tries her hardest to say she has enjoyed her life for the past three years but eventually breaks down and confesses she has missed him and is lonely without him and does want him back. 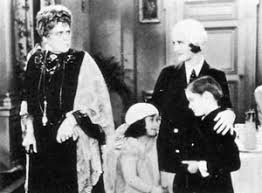 Alfred Hitchcock decades ago asked a fantastic question, “Where are all the Norma Shearers?” Indeed where have all the Norma Shearers disappeared to? Shearer is considered Queen of the Pre-Codes. Her acting is something to be desired, she can become annoying after a while, but her screen presence is magnetizing, hypnotic, seductive. One of the characters in the film commented about Kitty “She has a very come hither look in her eyes.” That line perfectly sums up Shearer in her Pre-Codes. The way she looks at a man with lust and teasing in her eyes and her entire body is incredible. I absolutely adored Shearer in this film. It makes me so sad that Shearer and her Pre-Code characters like Kitty Brown- unapologetic, seductive, liberated women- will never been seen again on screen. They can be seen on screen today but they are immediately dubbed whores and sluts and must be punished or repent their ways. The rest of the cast was fantastic. Marie Dressler is a riot. The other characters called Boucci “The General” because of how she ran everything and gave commands to people. Rod La Rocque was not a very good actor but he was not terrible. He always sounded like he was reading his lines and not giving any emotion. I did like him paired with Shearer though. Hedda Hopper’s character was a pain in the ass! But she added a bit of fun. It was funny to see Hopper and Shearer in a film together. They were friends and six years later Shearer would wind up telling Hopper first before her own husband that she was pregnant with her second child.
Let Us Be Gay is a Pre-Code film at its finest. Besides Norma Shearer being wonderful, there are a ton of lines and looks that are great. The best one that I was actually floored by and found so funny was when Bouccis gives Kitty a call on the house line to her room. Boucci wants Kitty to come down to start flirting with Bob. She yells over the phone for Kitty to “dress like a French whore!” Boucci and Kitty in another scene discuss how she had a different man for every month they were in Paris together.
I must give an absolute mention to Norma Shearer’s costumes. They were so great. They were not jaw dropping but I loved them. One that went crazy for was at the end. Shearer is dressed in a button up jacket, a button up shirt, a tie, white skirt, and a cloche. She looked so pretty. It is definitely an outfit I would desperately want to wear today. Her nightgown leaves nothing to the imagination which only added to her seductiveness. All of Shearer’s costumes were designed by Adrian.

I enjoyed every second of Let Us Be Gay. Well, the ending was a bit disappointing with Kitty going back to Bob. I was so hoping she would just forget him and keep going as the incredible new woman she was. It was entertaining, enjoyable, and funny. I wish films with this kind of story were made and ended today. I can think of a few actresses today who would be great in parts similar to the ones Norma Shearer played. Let Us Be Gay is a film I highly suggest seeing.
Posted by UneCinephile at 11:21 PM