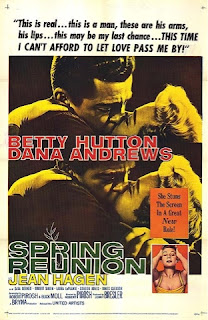 I got so excited when I went through TCM’s schedule and found a film that starred Dana Andrews, Betty Hutton, and Jean Hagen called Spring Reunion. I did not care what the story was about I had to see it I adore all three actors to no end. As soon as the film started I immediately regretted having wasted room on my DVR to see it
The Carson High School class of 1941 is celebrating its fifteen year reunion. At the beginning of the film we are shown four of the most popular students from that year. Maggie Brewster (Hutton) was the most popular, Jack Frazer was the football hero, Fred Davis (Andrews) was set to be the most successful, and Berna Forrest (Hagen)… well to be honest I forget what she was voted I could be getting she and Fred mixed up. Anyway… fifteen years later Maggie is working for her father at his real estate firm. She travels around the world with her parents and works very hard at her job. She has been helping the school set up for the reunion. Barna, or Barney as everyone calls her, comes in from another city. She is married with four kids and is as happy as can be to have a break them. Jack has been having a great time reliving his glory days playing high school football.
Maggie has been trying to sell Fred’s father’s house. Fred has been out of town with all the arrangements being done over the phone. She goes over to his house to set up for a showing and Fred walks through the door. They surprise each other but seem incredibly happy to see the other. Fred tells Maggie he is having second thoughts about selling the house. He is waiting to hear from a possible job out in San Francisco. If he does not get the job out there he will stay in Carson City. Maggie gets mad at him because there is one potential buyer who is very interested in the house. However, her anger subsides and she asks Fred if he is going to the reunion. He had no idea it was taking place that night.

That night, Fred shows up at the reunion. Maggie is very happy to him. When the reunion ends Maggie leaves with Fred with Barney and Jack tagging along.
After this the rest of the film just falls apart. It was falling apart since the beginning but here it just crumbles.
The cast of Betty Hutton, Dana Andrews, and Jean Hagen was great. I would have loved to have seen them in a much better film with a much better story. This was Betty Hutton’s last film. What a damn shame to see someone with so much talent and energy go out like this. Dana Andrews was good his character was a bit sketchy and dark but he did a good job. Jean Hagen was fabulous. The woman is not given enough credit for her acting. I wish she had been in more scenes. 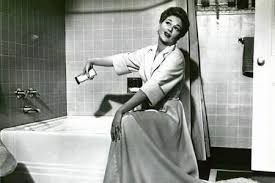 Spring Reunion is a classic film that should only be seen by fan of either Betty Hutton, Dana Andrews, or Jean Hagen. The story is terrible and just starts off boring. 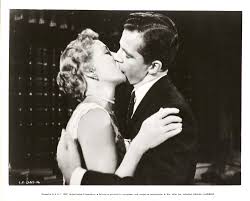