The device of flashbacks in films is a device that has been used since the silent era. The device was used when someone was telling a story of their past and the scene was only shown for a minute or two. No film up until Le Jour Se Lève or Daybreak had used flashback as the main storytelling device. The entire plot centers around a man thinking back to what drove him to commit murder.
In an apartment building shots ring out. A man holding his stomach comes staggering out of a room and falls down the stairs. The only witness to this scene is a blind man who desperately calls out if there is anyone there. Meanwhile the murderer a man named Francois (Jean Gabin) is sitting in his room. French law forbids the storming of a suspect’s house after nightfall. The police go to Francois door telling him to open up he tells them to go away and shoots at them behind the closed door. In the mean time a detective questions the landlady. She tells them that Francois is a very good man he is the nicest man in the whole building.
The police begin to shoot at Francois from the outside. He moves to the side of the window and sits in a chair watching the bullets fly past him. As he sits in the chair he thinks back to when his trouble began.

While working at his job in a factory Francois meets a girl named Francoise. She got lost while delivering flowers. They talk for some time and they find out they are both named after St. Francis. After only knowing Francoise for three weeks Francois wants to marry her. He tells her so but she says they have only known each other for such a short time. He asks to spend the night with her she says no she has somewhere to be. Francois waits for Francoise to leave her house when she thinks he is gone and follows her. She goes to a small theater. He watches Francoise transfixed on an act of a man with dogs jumping through hoops. The dog trainer’s assistant Clara comes over to Francois at the bar. They talk for a long time. 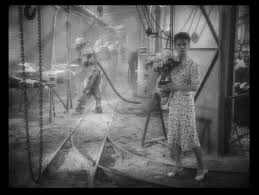 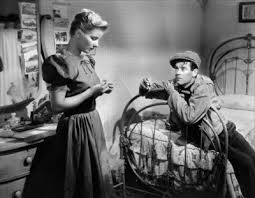 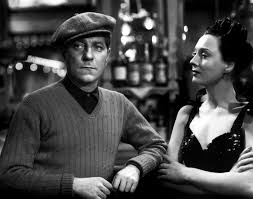 Back in his room Francois looks at a piece of paper with ship schedules on it. The police start shooting through the door. Francois quickly puts an armoire in front to block the bullets. He moves to the corner of the bed and remembers more. 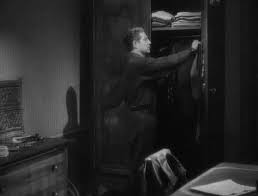 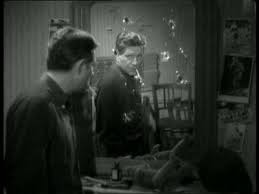 Clara is now staying at the hotel across the street from where Francois lives. He goes to see her. The dog trainer Clara worked for comes to her room. She thinks the man has come to talk about Francoise. Francois tells her not to even mention the girl’s name. The trainer has Francois sit with him in the café downstairs. He tells Francois that Francoise is his daughter and that they had not seen each other for years. Now he just cares about her happiness. Francois does not care what this man’s sob story is he is not going to keep away from Francoise he loves her too much. He tells Clara about the conversation. She tells him that the trainer is not Francoise’s father. The man was the only one who ever cared for Francoise.
The next time Francois sees Francoise they have a talk about the trainer. He makes her promise not to see the trainer anymore. She makes him promise not to see Clara. Francois sees Clara one more time to break things off. When he gets back from Clara’s the trainer comes over. He talks about Francoise and how she was one of his conquests. She even probably has one of his tokens he gives out.

Day breaks. Francois yells out the window for everyone watching down below on the streets to go home. Francoise comes to the scene. She tells him to come downstairs everyone knows he is a good man and will stand by him. Francois goes back in. He thinks back to when the trainer came over to his place to kill him. The trainer just keeps going on and on about Francoise. Francois has enough and shoots the man.
Outside Francoise fainted and hit her head. Clara takes the injured woman up to her room. Francoise confesses she should not have told Francois she loved him she feels when she said that he changed.
With no way out of his situation and knowing he could no longer be with Francoise, Francois kills himself just before the police raid his room. 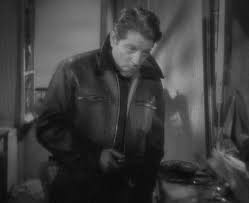 I absolutely enjoyed watching Le Jour Se Lève. For this being one of the first films to use flashbacks on the main way to tell a story is was perfect. I really have no complaints about the film. All the actors were great in their parts. I liked Jean Gabin I would like to watch more of his films. What makes this film so original and fascinating to watch is knowing that this was the first film to use flashbacks as the main storytelling device. I felt like I was awesome for watching this just knowing that fact. It was beautifully filmed in black and white. I think the black and white greatly added to the film it added a great intense atmosphere. Le Jour Se Lève is French realism as its finest. This is just one of so many reasons why I adore French cinema. The French just always knew how to make great movies and stories. You can see their passion for cinema no matter what era you are watching. The story offers everything a film fanatic could ever want- toughness, tenderness, romance, suspense, crime, passion. I would highly recommend seeing Le Jour Se Lève.

Posted by UneCinephile at 11:58 PM