Whenever you hear the name “Valentino” it is associated with a great lover or most often to a man who thinks he is a great lover. The real Valentino, Rudolph Valentino, was the first screen sex symbol. In his film Cobra you can see why he held the title of “The World’s Greatest Lover” and why so many women in the 1920s adored him.
A man named Manardi want to get money out of Count Rodrigo Torriani (Valentino). Rodrigo has been seeing Manardi’s daughter Rosa. He has a letter Rodrigo wrote her. Manardi goes out looking for Rodrigo. He comes upon an American man named Jack and thinks the American is Rodrigo. Rodrigo comes to the rescue telling Manardi Jack is not the man he is looking for. To thank Jack for his help and to also hide him Rodrigo takes the American back to his family’s ancient home. Jack, an antique broker in New York City, is impressed by the family’s collection and Rodrigo’s knowledge of antiques. Manardi has no idea what Rodrigo looks like. He takes his daughter to the old home. He still wants his money. Rodrigo pays for the letter and the man and his daughter leave. He tells Jack that he tries to behave with women but trouble runs in his family. Jack offers Rodrigo a job in his antique store in New York. 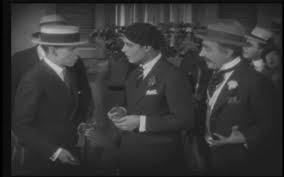 Rodrigo tries to be on his best behavior as soon as he sees Jack’s secretary Mary. As soon as he sees Mary he begins to flirt with her. While out at a night club a group of men try to fight Rodrigo after he receives a letter to meet one of their girlfriends. The girl is the niece of a woman named Mrs. Palmer who goes to the antique store. The niece’s name is Elsie Van Zile (Nita Naldi). Mrs. Palmer and Elsie come over to Jack’s place for tea. Rodrigo thinks Elsie is a good girl and does not want to mess things up with her. He tells Jack to let Elsie and her aunt know that he is sick so he will not be around her but Jack convinces him to come and makes him promise to be good. Elsie has arrived by herself. The aunt never shows so Elsie wants to leave. Jack takes her home. The next morning Rodrigo gets a telegram from Jack letting him that he and Elsie have gotten married.
A year goes by. Rodrigo does not really visit Jack and Elsie. Jack says it is because Rodrigo is a bachelor and they are an old married couple. Rodrigo has been very good in that year. He takes Mary home one night and finds happiness for the first time in his life.
Elsie goes to see Rodrigo at work. She sees him talking to Mary. Elsie tells him she now knows why he does not come around anymore. She warns Mary about Rodrigo. Mary replies that she likes Rodrigo but not in the way he likes her. Rodrigo is gutted when he calls Mary into his office as a friend, she misunderstands him and says she is not that kind of girl. He wants her to forget his past but she cannot.

After a concert Elsie goes to see Rodrigo. He is not very happy to see her. Elsie has written to him that she is still in love with him. Rodrigo wants nothing to do with her. He tells Elsie that she is like a cobra attacking its prey. They go to a hotel. Rodrigo is furious with himself saying that he is a cad for going this far. When he leaves Elsie she calls another man she knows to come to her room. 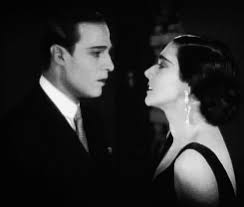 The next day Jack goes to Rodrigo telling him that Elsie was not home the night before when he came home. Rodrigo calls the hotel but he does not hear anything good. He reads in the paper that there was a fire at the hotel and twelve people had died but could not be identified. Rodrigo cannot tell Jack the type of woman his wife had been especially because Jack is headed for a nervous breakdown. Jack eventually goes through Elsie’s things. He finds letters from other men and that she went to the hotel Van Cleve where she died. Jack also finds a letter from Rodrigo refusing her love. Rodrigo bursts out that he was the one who took Elsie to the hotel the night of the fire. Jack is not mad at his friend. Rodrigo says he wants to go away for a while and Jack says he can but to come back.
After some time Rodrigo returns to New York. He finds Jack is in love with Mary but she is in love with someone else and that someone else is him. He tells Mary that he had a good time in Italy where he met some girls. Mary tells him he has not changed and he replies that he never shall. Rodrigo tells Mary to let Jack know that he will not be back for the rest of the day. 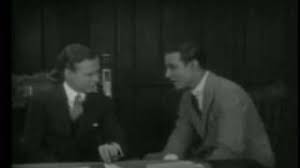 The film ends with Rodrigo on a ship heading back to Italy.
I think Valentino is every woman’s fantasy in this film. He starts off as this outrageously gorgeous womanizer and is reformed by true love. What woman does not want a bad boy who reforms for them? Valentino was so handsome he had the perfect movie star looks of a “great lover” yet he looks like he could have been a womanizer in Italy and be a man you might know. He was very good in this film. He showed great emotion and was absolutely charming without seeming to have put any effort into doing so. I can see why he was a sex symbol just from this film. I am looking forward to seeing more of Valentino’s films. It was, for me, interesting to see Gertrude Olmstead because up to this time I have only ever seen her in photographs. She was not too bad but her character really did not have too much to do. Nita Naldi who played Elsie was like a femme fatale.


Cobra had an interesting story although not completely original even for a 1920s silent film. I like the character of Rodrigo how he was such a womanizer but then changed for love. Alright, call me a sentimental woman if you want but trust me I do not usually fall for the usual sentimental crap like this. I think Rodrigo was a good friend and that he had met a friend and a woman he really cared for and who cared for him so he wanted to be good. Cobra is a good silent film and one of my favorites that I have so far watched. It is available to view in full or in parts on Youtube.

Posted by UneCinephile at 11:41 PM