When we hear the name Alfred Hitchcock we automatically think of his films Psycho, Vertigo, and Rear Window. Those three are the director’s most popular and well known films. They are why he is known as “The Master of Suspense.” The stories are of the highest quality and depth. But before Hitchcock became one of the greatest directors of all time and known for his suspense films he was directed melodramas in England. While some of his suspense films are melodramas they were never really straightforward dramatic stories. One of his melodramas from England is called Downhill from 1927.
Roddy Berwick (Ivor Novello) comes from a rich family. He goes to an all boys private school and is the hero of his rugby team. He has a friend named Tim Wakeley. Tim does not come from a very wealthy family. He has to obtain a scholarship in order for his father to be able to send him to Oxford.
At the school the maid Mabel hits on Roddy and Tim. She gives Tim a note telling him to meet her at a shop she works and lives at. Tim brings Roddy along. Mabel tries to seduce Roddy. Before both boys leave she tells them to come when the store closes at one o’clock.
One day both boys are summoned down to the headmaster’s office. Mabel is there and has brought serious charges against them. The headmaster asks her to point out which boy is the guilty boy. She takes her time walking over to Tim and Roddy deciding which one to blame. Mabel settles on Roddy mostly because his family is rich. Tim is actually the guilty one and feels terrible that Roddy has taken the blame. The two of them had taken a pact as friends so Roddy will take the fall. 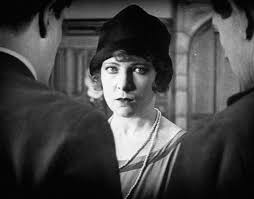 Roddy is home a week before the term ends. He tells his father that he has been expelled but it was not his fault. He does not even get a chance to explain himself when his father calls him a liar. Roddy would rather go out on his own than live with his father who calls him a liar.
He gets a job working as an extra in a stage show. He likes Julia, the main actress in the show. He tries to get her to go out with him but she is seeing the main actor Archie. The day he is dejected by Julia, Roddy goes back to his flat to find a letter stating that his aunt has died and left him thirty thousand pounds. Roddy goes back to the theater to take Julia out. Eventually the two get married. Their marriage does not last too long. She is still going around with Archie. Roddy gets into a big fist fight with Archie in their apartment. He tells Julia and Archie to leave but she reminds him that he put her name on the apartment. He is the one that has to leave.
Roddy winds up in Paris working in a dancehall where women pay him to dance with them. He sits down with someone he thought was a woman. The windows are open bringing light into the dancehall. When the reality of the lowlife patrons is exposed, Roddy is so disgusted that he leaves without taking his pay. From the dancehall he winds up at the docks. Roddy has been taken in by a woman and two men. He is suffering from a fever and lack of food. One of the men looks in Roddy’s pockets looking for some kind of identification. The man finds a letter Roddy had written to Tim, who is now a lawyer, that he has kept his promise and not said anything. The men decide to take Roddy back to England with them on a ship they will be working on. They think someone Roddy knows will pay them for bringing him back.
All the way back to England Roddy suffers from feverish delusions. He thinks he sees his father, and Mabel, and Julia, and Archie and the patron from the dancehall taking his money. When the ship docks Roddy climbs off and wanders the streets still feverish and sick. He walks until he comes to the steps of his house. His father is not home at first. When the father comes home he is happy to see his son. He tells Roddy that he looked all over for him because he wanted to say how sorry he was and knows all that happened. 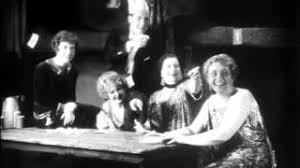 Downhill does not have the greatest story but Hitchcock’s direction and the acting make up for it. You can see many of elements of Hitchcock’s direction that would make him so well known and famous years later. It was quick, sharp, sentimental, and untypical for the time. As with all Hitchcock films, even his not-so-great ones, Downhill is worth watching.
Posted by UneCinephile at 10:18 PM