Sara Crewe (Mary Pickford) has lived with her father in India where he is an army captain. He has been called to war and since her mother is not with them he has to place Sara in a boarding school in London. When Sara arrives all the girls want to get a look at her. One girl tells the others that Sara has money and calls her “the little princess.” Sara and her father have never been apart before. Both father and daughter are distraught and sad when they have to say goodbye. At dinner that night Sara and her father stare off into space thinking of each other and then excuse themselves.

Some time later, while playing outside with the other girls, Sara comes across the helper named Becky (Zasu Pitts). Becky is a little girl just like Sara. Sara is kind to Becky and does not treat her any differently from the other girls. She even gives Becky her own necklace.
Around twelve o’clock, after they are all supposed to be in bed, the girls like to sneak out of their rooms to go to Sara’s room to listen to her stories of exotic fairy tales. She tells them the story of The Seven Thieves. The head of the boarding school finds them all in Sara’s room. She does not punish the girl because she had promised the father she would not do so.
On Sara’s tenth birthday, her father’s lawyer comes to tell the head of the boarding school that Captain Crewe has died after a great shock. He also informs that Sara has been left penniless. The headmistress immediately becomes mad that Sara is having a birthday party that will now be taken out of her own money not Sara’s. Instead of kicking the poor girl to the streets the woman makes Sara a maid just like Becky. 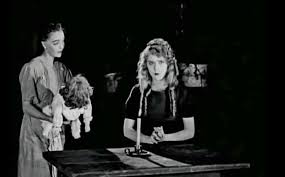 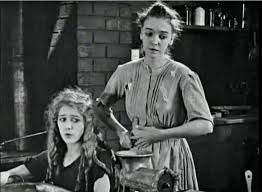 For the next two years Sara is treated poorly and suffers cruelties from other girls. The same girl who called her the little princess taunts her even more.
One night in the room she shares with Becky in the attic, Sara sees a monkey come flying through open window and an Indian man comes to take the monkey back. Sara thinks she is going a little crazy from reciting all her stories. The Indian man actually lives in the house across the way with an older man named Carrisford. Carrisford has taken notice of Sara and Becky’s conditions.
At Christmas Becky and Sara are left alone and made to clean up after the other girls. While Sara and Becky are serving, Carrisford and the Indian man set up a table with food for the girls. Again, Sara thinks she is seeing things but after Becky says that not only can she see the food but he can smell it does she know the food is for real. Carrisford and the Indian watch the girls happily eat the food from across the way. They are both happy to see the girls so happy. The headmistress comes to their room. She thinks the girls stole the food and starts beating them for it. Carrisford and the Indian rush over to their aide. Sara calls Carrisford an Indian word. He realizes that she is Captain Crewe’s daughter and has been looking for her for two years. He had been Captain Crewe’s best friend and was unfortunately the reason why Crewe died. Captain Crewe believed that his best friend had cheated him in the diamond deal and the shock was too much for him. Carrisford explains he had been sick in the desert and could not get to her father before he died. He also explains that Sara has come into a fortune of a million pounds. Carrisford and the Indian take Sara with them to their house. Sara has Becky come with her.


The Little Princess was adorable. Mary Pickford was perfect as Sara. She was heartbreaking in the scene where Sara has to say goodbye to her father. Much credit goes to Zasu Pitts as Becky she gave such a great performance. The film is nearly perfect. I say nearly only because the scene with the Seven Thieves did not need to be so long it did not further the story. Other than the story scene The Little Princess is very good and enjoyable for both Pickford and Pitts’ performances.
Posted by UneCinephile at 11:45 PM