I think it is interesting how some people come into our lives. I always believe that people, good and bad, are meant to come into our lives at a certain time. I like stories that deal with people coming into each other’s lives when each one needs the other. Before We Go tells that kind of a story.
Nick (Chris Evans) is playing his trumpet in Grand Central Station in New York City in the early morning hours. The station is completely empty and about to close. He sees a woman running across the station to get to the last train to Boston. She drops her phone in the rush without even seeming to notice or care. The woman gets to the train just as it is pulling away. Nick gives the phone back to the woman Brooke (Alice Eve). Brooke has had a rough night; her purse was stolen at a bar along with her wallet. All she had was her phone. Nick tries to get her a cab to take her back to Boston by later in the morning but both his credit cards are declined. Now Brooke has to wait until the morning to get the train back. 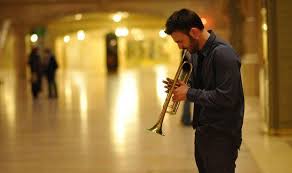 As the night goes on Nick tries his hardest to get in touch with his friend to loan him money to help get Brooke back home. Of course they start learning things about each other as they wander the streets of New York. Brooke manage to get to a phone at certain points. She calls her friend to get to her house to get rid of a note she had written to her husband to tell him their marriage was over. The friend lets her know that she cannot get into the house. Nick is still not over his girlfriend that broke up with him six years before. He had been about to propose to her when she broke things off with him. From a friend he finds out where his ex-girlfriend is and brings Brooke along with him. He has her pretend she is his new girlfriend. Nick holds out hope that his ex will want to get back with him but that does not work out like he had hoped.
By the end of the nigh/morning Brook and Nick have come to like each other. Nick takes Brooke back to the station in the morning when the trains start running again.
Chris Evans and Alice Eve were really good together. I am so used to see Evans as Captain America now that it was really nice to see him play a normal, non-superhuman. He also directed the movie which he did a really good job with. Alice Eve I have seen in only one other movie before this called The Decoy Bride. She was cute in that. We were not supposed to really care for her character in that but I liked her acting. 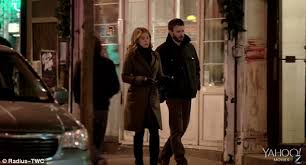 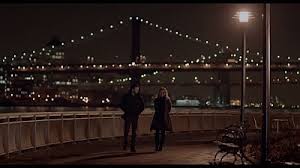 Posted by UneCinephile at 10:15 PM