﻿
“You won't gain anything by keeping me here!”
The Locked Door is one of Barbara Stanwyck’s first films and her first talking film. Stanwyck plays a young girl named Ann. She has been taken to a boat twelve miles out to sea where prohibition is nothing but a word by her boss’s son Frank Devereaux. From the moment we see Ann she seems uncomfortable by the whole deal. Frank takes her to their own private room away from all the drunk people dancing in the main room. He locks the door and tries to force Ann to do things she does not want. Luckily for Ann the boat has drifted back into US waters and the police board the ship to arrest everyone. As they are walking off the boat a cameraman gets a picture of them. Frank pays the man for his plate the picture is on.

Eighteen months later Ann is married to a nice man named Larry Reagan. It is their one year anniversary. Larry’s younger sister Helen tells them that she is seeing someone new and he is coming by. When the man who walks in happens to be Frank Devereaux. Ann is taken totally by surprise. Right away she wants the man out of the house and tells her sister-in-law that she is to no longer see Frank. But of course Helen does not listen and as soon as Frank leaves she packs her things and leaves for the city as well. 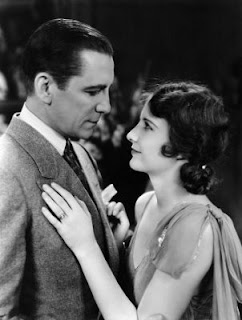 At his apartment Frank prepares for a nice night with Helen. He is also preparing to leave for Havana in the morning to escape a man who wants to kill Frank for being with his wife. Frank makes a “Please, Do Not Disturb” sign to put on the door and orders even his butler not to bother them. There is a knock on the door but it is not Helen who walks in it is Ann. She has come to warn Frank again to stay away. She tells him that she will call her husband. Frank takes out the picture of them from the boat and uses it as blackmail. The phone rings, it is the phone operator telling Frank that Larry is in the lobby wanting to see him. Frank gives Larry the run around by saying he is not home. A Few minutes later the door knocks again. Ann runs upstairs and hides.

When Frank opens the door Larry bursts in. He left the building but came back in through a side door. Larry came to tell Frank to leave town before he gets killed and also to fight. The two do eventually fight. Frank pulls out his gun and there is a struggle for it. Ann can hear everything going on when all the sudden she hears the gun go off. When the camera pans down to the two men Frank is the one left on the floor. Larry cleans up as much as he can he turns the light off and leaves the do not disturb sign on the front door and locks it.
When Ann comes down she panics. She can leave but the door is locked. She panics even more because once again she left in a locked room with Frank. To get out she calls the operator pretending that Frank is attacking her by throwing things on the floor even the phone and shooting the gun off. She figures as we do watching her that she will be able to get away on self defense.
When the police arrive they are convinced that Ann killed Frank out of jealousy because she will not say that she was there to protect Helen’s reputation.

Since The Locked Door is an early sound film it is not one of the greatest acted film but what it lacks in acting it makes up for in scenery and story. Barbara Stanwyck is not the Barbara Stanwyck we know from her films in the 1930s and 1940s. She is only twenty-two and just starting her long career. Stanwyck felt she did not do a good job in this film especially when she had to cry and act emotional but out of all the actors in the film she is the only one who pulled of a decent job. Rod La Rocque who plays Frank was awful. It was like he memorized his lines by just reading them and that was how he was speaking them. I guess it would be safe to say that everyone in the film was doing theater acting and not film acting. The only one in the whole film who was perfect for the movies was Betty Bronson who plays Helen. Characters and actresses like her would be seen all throughout the 1930s.
The plot and story of the film is not bad. You feel bad for Ann she is just trying to not let what happened to her happen to her sweet younger sister-in-law. Frank is such a nasty slimy SOB that whatever happened to him you do not feel bad at all. There are some faults with the story and how it progresses but again it is an early talking film. The scenery is typical Art Deco which is just an awesome style.
The Locked Door is not a bad film. It is an interesting example of how sound was being worked out. I also really liked Stanwyck’s  costumes and hair since I am so used to seeing her most in her later films. There are many reasons to see this film if you are into film history. Sit through The Locked Door if you really like Barbara Stanwyck.
﻿

Posted by UneCinephile at 9:52 PM