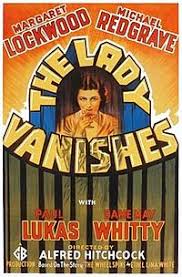 “I never think you should judge any country by its politics. After all, we English are quite honest by nature, aren't we?”

The Lady Vanishes is one of Alfred Hitchcock’s last films he made when he was in England. Of course I had heard of the film and needed to see it but for the longest time I dragged by heels. I have seen some of Hitchcock’s films he made before he came to America and I was not particularly thrilled with them. I put my behind in gear to finally watch The Lady Vanishes because my brother Anthony has to watch it this semester in a film class he is taking. I figured I would watch it first and tell him how it went. He is starting to trust me a little more with old films. I liked The Lady Vanishes it has a good story, good characters, good actors but it was not one of my favorites by the director.
Iris Henderson (Margaret Lockwood) and her friends are traveling through a small European town. This trip is to be Iris’s last hurrah before she is to be married the following week. She feels she has done everything she has ever wanted and it is now time for her to get married. Iris and her friends turn in for the night. She and older woman in the next room are kept awake by a constant banging in the room above them and someone playing music very loud. The man in the room is named Gilbert (Michael Redgrave). Since he can no longer stay in his room he has to share a room with Iris. Well you can imagine she is not too thrilled with the situation. Eventually he leaves the room. 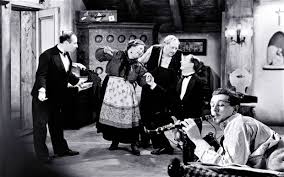 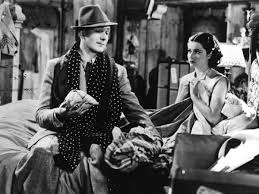 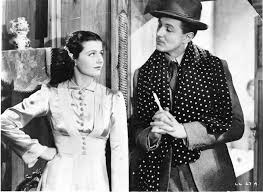 The next morning the train arrives. The old lady Iris had met the night before comes to ask her a question then walks away dropping her glasses. Iris goes to give the lady back her glasses when someone drops a flowerpot down on her (Iris’s) head. The old lady is very nice to Iris and helps her get to the dining room for some tea. The lady tells Iris her name is Ms. Froy. Ms. Froy tells Iris all about a tea she drinks and always carries with her. They return to their seats and falls asleep again.
When Iris wakes up Ms. Froy is gone. She frantically looks for Ms. Froy but everyone says there was no old woman she has been by herself the whole time. Iris knows she was hit on the head and she does not accept she has just been seeing this woman in her own mind. She bumps into Gilbert much to her displeasure. He says he was taught always to help a lady in need and sticks with her. A brain specialist named Dr. Hartz is on board. He explains that Iris is just seeing things and talks about his theory of what might be wrong with her.
Someone comes up to Iris and Gilbert while they are sitting down to some food. He says they have found Ms. Froy. The woman sitting in the car is not Ms. Froy but a very cold nasty looking woman wearing the missing woman’s clothes. They go to several witnesses and all of them claim not to have seen Iris with the real Ms. Froy. Each one of them lies because they either do not want to be bothered or they are hiding something personal and do not want to get caught up in a scandal that would expose them.
Gilbert sees a wrapper that had been tossed out a window stick to a window. He notices it is a wrapper for the tea Iris had told him Ms. Froy had been drinking. Now Gilbert believes Iris and tries to help her find the old lady. 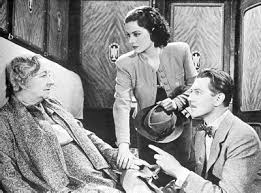 Just like any other Hitchcock film there are twists and turns and lies and revelations that come to light about the missing person and what their real motives are.
The Lady Vanishes, as I said is a very well made film. I have no complaints about it story wise or acting wise but there was something about it that I could not get into. I guess I am so used to Hitchcock’s American thrillers with their actors and stories. I can definitely see why Hitchcock liked the story this is based on because it has a realness to it these ordinary people are thrown into this extraordinary situation. There is tension and drama and humor, everything that makes a Hitchcock film. When Anthony comes home for break I will watch The Lady Vanishes again with him and maybe then I will like it a bit more. 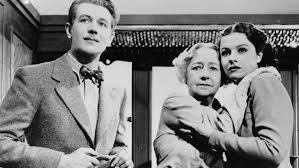 Posted by UneCinephile at 10:19 PM