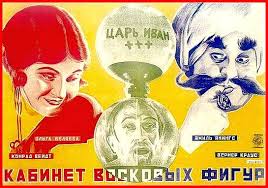 Waxworks is a different telling of a story. Well, maybe not so different to us today I am sure once I explain the story you can name about four films that follow a similar line. At least it is something different for an early 1920s silent film.
The owner of a wax museum hires a poet to write the stories of his three famous figures for visitors. The three figures are of the Caliph Harun al Raschid, Ivan the Terrible, and Jack the Ripper. The Poet draws inspiration from the owner’s pretty daughter as well as the figures.

The first figure of Harun al Raschid, his arm fell off. This gave The Poet the idea to write a story of how the figure lost his hand. He writes that a Caliph of a foreign land had a different woman as a companion for everyday of the year. There was one woman he had yet to see. Her name was Zarah, the wife of the baker Assad. Assad and Zarah were very much in love but she was unhappy always being stuck in the house with no new clothes and pretty dresses. Assad gets the idea to go steal the Caliph’s wishing ring from his hand. The Caliph and the Grand Vizier at time like to put on disguises and roam about the town. That night the Caliph decides to go out to see Zarah for himself after he had heard so much about her. The Caliph reaches the house as Zarah and Assad are in the middle of an argument. When Assad leaves the house the Caliph enters the house and sweet talks her. He tells her who he is and that she can have anything she wants. Assad gets into the palace and thinks he cut off the Caliph’s arm with the ring. The guards in the palace immediately respond to the noise and chase after Assad all the way to his house. The Caliph tells Zarah that when he goes out at night he places a wax figure in his bed. Assad gets to his house and bangs on the door for Zarah to let him in. She quickly hides the Caliph in a baker’s oven. Assad breaks in and the guards after him. She Zarah plays a trick and gets the guard to back off.

The second story of Ivan the Terrible is the scariest part of the film. Ivan is an evil man who tortures men on a whim. Ivan uses a man as a decoy when he hears that he is to be killed. The man is killed by assassins who believe him to the evil Russian king. The man is killed in front of his daughter on her wedding. Ivan makes everyone at the wedding go on as they usually would making them dance, eat, and drink when they are so full of sorrow. Ivan does get his comeuppance when his astrologer tells him that he has been poisoned and his time on earth with be done when the last grain from an hourglass falls. Ivan was not really poisoned the astrologer told the mad king that to make him go crazy and watch for the grains to fall all the rest of the days of his life. 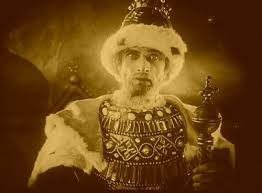 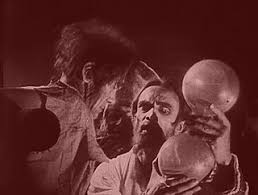 The third story of Jack the Ripper is told in a dream of The Poet. Having worked on the stories all day The Poet is tired and falls asleep. In his dream he and the owner’s daughter are chased throughout town by a murderer who wants to take her away. No matter where they run and how fast they run the Ripper is always right behind them. The Poet is woken up by the daughter and the owner when they hear him panic in his dreams. 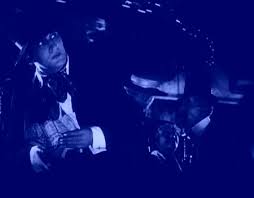 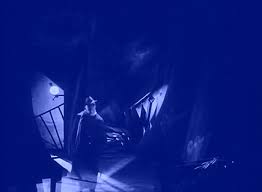 Waxworks was good. I felt the stories of the Caliph and Ivan the Terrible were a bit too long and dragged out. I thought the story of the Caliph was very creative and was the only one that was clearly written. The plot of Ivan the Terrible was a little hard to follow and the acting from Conrad Veidt was too over dramatic and took away from the character and the story. Jack the Ripper was neat to see because of the Expressionist sets. I was not too much a fan of Waxworks but it was not terrible that I would say do not watch it. The film is in full on Youtube so if you are interested give it a watch.
Posted by UneCinephile at 10:40 PM