“Think of it as a train behind you. Forty feet of train.”

For some odd reason when I was little I used to wonder what it would be like to travel across the US in an RV. I remember thinking how cool it would be to live in one of those for the summer going to all these cool places in the States and sleeping in bunkbeds in the hallway of an RV. Now that I am older I still think it would be pretty cool to travel cross country in an RV but it is not something I would really ever want to do. I do not mind driving I have done some pretty long distance car travel before but I have ADHD and I would be miserable. If I had kept up my wondering and maybe even dream of living in an RV for a while I would have been similar to Lucille Ball’s character in the film The Long, Long Trailer.
Nicky Collini (Desi Arnaz) and Tacy Bolton (Ball) are engaged to be married. They both wanted to settle down in a house somewhere but Nicky’s job makes him travel. Tacy does not want to be alone all the time during their first year of marriage. She gets the idea in her head to buy a trailer so she can travel around the country with him. Nicky is not too keen on the idea but once he sees what it means to Tacy he decides to go with. Tacy finds and desperately wants the biggest trailer that can be bought. With that find goes all of Nicky’s saving out the window. Not only does he have to pay an exorbitant amount for the trailer he has to pay for all the fees and a new car and the hitch on the back of the car and so many other things. 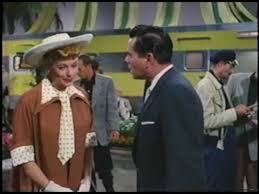 Tacy of course loves the trailer and loves the traveling. Nicky does not like it at all because he is the one that has to do all the driving and maintenance of the trailer.

Of course tensions flare between the couple and they get into a major fight over something silly because both of them are stubborn. But this being a romantic comedy Tacy and Nicky forgive each other and stay together.


The Long, Long Trailer is the first time I have ever really sat and watched Lucille Ball and Desi Arnaz in something. I have seen episodes of I Love Lucy but it was so long ago that I do not really remember what they were like as an on screen couple. Ball and Arnaz were cute together. After watching this I can definitely say I do not think I would want the responsibility of driving a trailer or an RV across the country! Way too much work that needs to go into driving one and I have zero patience. The Long, Long Trailer really did not hold my attention for too long. There were several scenes that I felt dragged on longer than they should have. But I must once again mention that I have ADHD and when a film fails to hold my attention in some way I just kind of listen to the film and not really watch. What I did manage to pay attention to in The Long, Long Trailer was good. I recommend seeing the film only if you are a fan of Lucille Ball. 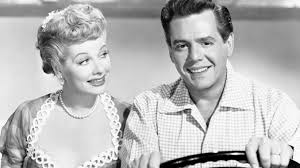 Posted by UneCinephile at 8:47 PM