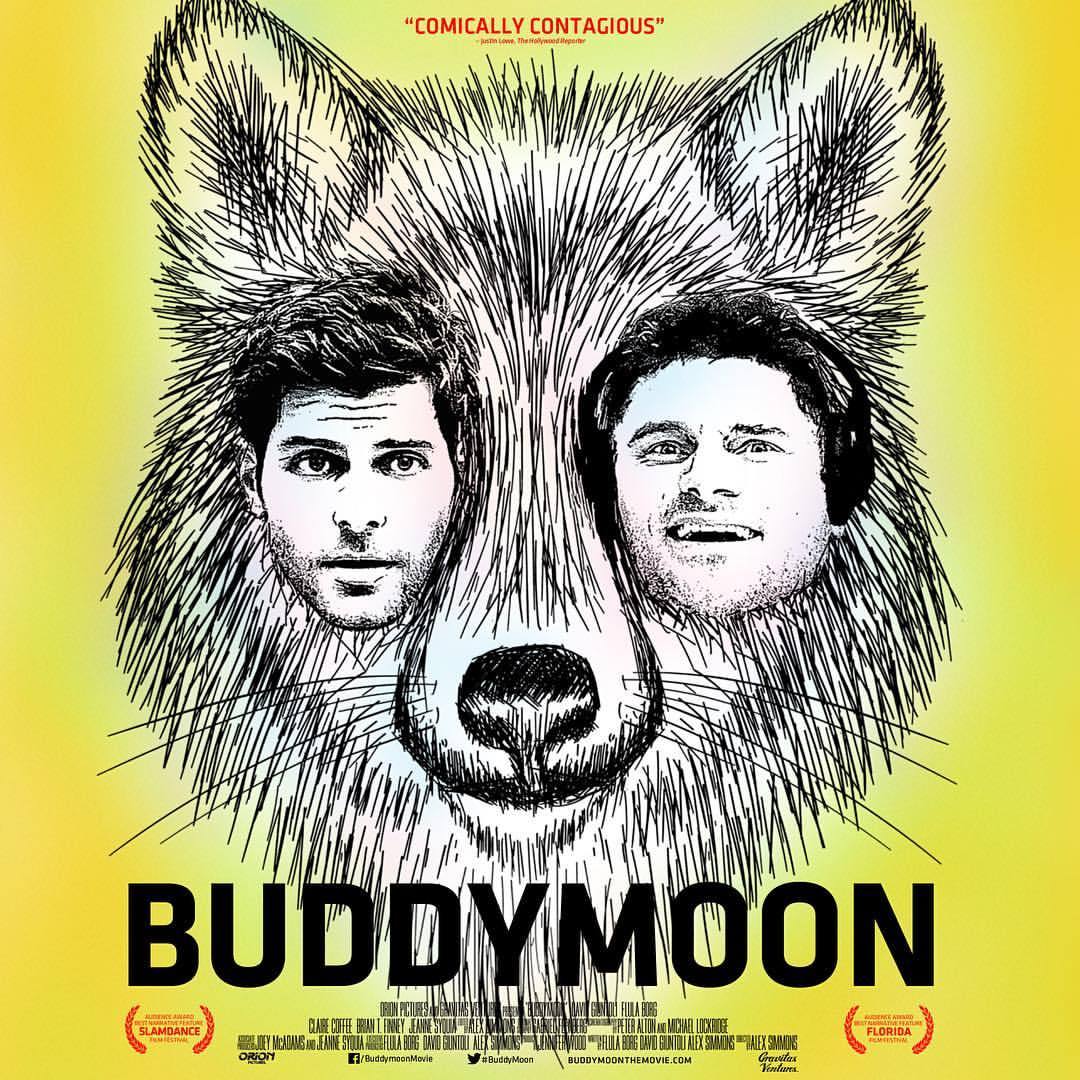 “Nature, I suck you in!”
I am not really into movies that have to do with people being out in nature. Me and nature are not friends. I mean I run this blog and a YouTube channel dedicated to being a movie fanatic. I am in my house working on this blog or my channel and watching movies almost all the time if I am not working or at my current internship. Two of my favorite movies- Camp Takota and Wet Hot American Summer- take place outdoors in summer camps. I was willing to look passed that aspect and they are now two movies I know by heart. Sometimes I give movies that take place outdoors a chance. I had to give the independent movie Buddymoon a chance because of Flula Borg and the plot sounded like fun even though it is about two friends spending time in nature.
David (David Giuntoli) has just been left by his fiancé. They were supposed to be getting married and going on their honeymoon on a trail to a little hotel on top the trail. To cheer David his friend Flula suggests they go on the honeymoon that David had planned with his fiancé. David is not sure about the idea at first but Flula is totally excited about it and he decides to go.
Flula and David spend seven days traveling through a mountain trail. Of course, like most buddy movies, they argue a bit and Flula gets on David’s nerves even though Flula was trying to be nice when he let slip something of David’s past when they were camping with a girl and her friends.

There is a lot more to Buddymoon but I will leave the rest for you to see when you go watch it. I loved Buddymoon. I knew it was going to be funny because Flula Borg is one of the most hilarious people ever. His YouTube channel is so silly and so crazy and so genius (his collabs with Mamrie Hart will have you rolling on the floor unable to breath from laughing). Flula is great in the movie. The story is really good. The jokes and comedy are not overdone and annoying they are just right. What was really cool about this movie is the parallel between Flula and David’s story and Lewis and Clark’s story. David is supposed to be an actor and he had auditioned for the role of one of the explorers. It was funny to hear some of the stories in the voiceover with Flula doing something funny. Buddymoon is a really good movie that I cannot suggest any more highly that you go and watch as soon as you can. Posted by UneCinephile at 7:04 PM