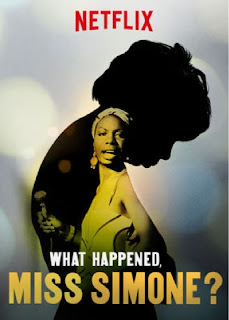 “We will shape and mold this country or it will not be molded and shaped at all anymore. So I think we don't have a choice. How can you be an artist and not reflect the times?”

Someone I follow on YouTube Tweeted out one day “Here’s the problem with music today: Artists in the past wanted you to know the music. Artists now want you to know them.” That is actually very accurate and very sad. We hear more about how certain musicians are getting into trouble or what they were doing on their day off than we hear their music. Before we had all this social media to follow our favorite music acts and all these tabloid and gossip rags got out of hand all we knew about musicians and singers was their music. If they were a singer/songwriter we heard their beliefs and worries and struggles. If they were a pop singer with a bouncy catchy song, we just knew their song and had a great time bouncing along with it. If a singer had a ballad out, we knew and felt their heartache whether true or untrue to their lives.
There are a few songs I like that deal with social issues of certain decades. Bob Dylan made his career singing about his times. N.W.A. found fame and notoriety with their song “Fuk tha Police” about the intense unrest between African Americans and the police in the late 80s early 90s. In the 1950s through to the 1970s Nina Simone soulfully sang about injustices.
Nina Simone and her thoughts on racial inequality and her life are told in the Netflix documentary What Happened, Miss Simone? Her story is told in her own voice through interviews throughout the decades of her fame and by her family, friends, and colleagues.
Simone was born and raised in the south to a poor family. She found her talent for playing the piano through church and was given lessons by an old lady in town. When she was a young age, Simone played in a church recital. Her parents were forced to stand in the back but her music teacher told the all-white parish that Simone’s parents were to sit in the front to see their girl play or she would not play at all. Her mother wanted her to be the first black classic pianist to play at Carnegie Hall in New York City. Simone was accepted to one school for music but was denied entry to another to complete her studies because, as she found out decades later, because she was black. Simone supported herself and her family for a while playing piano at place in Atlantic City. The club owner told her if she wanted to keep her job she better sing. And thus began her singing career.
Simone scored success with her song “I Loves You Porgy”. After that for a long time she toured jazz festivals. Simone hit some nerves when she released her Civil Rights song “Mississippi Goddamn.” The song was very controversial but it mirrored Simone’s disgust and anger over the Civil Rights movement and how African Americans were being treated. According to Simone’s daughter, her mother’s voice was never the same after singing that song so much because her anger ran that deep and emotional.
The rest of Simone’s life was fraught with difficulties. For a long time, she did not perform because her personal life was in shambles. She divorced her abusive manager-husband, lived abroad in Africa for a while, was abusive to her daughter, and only started to perform again when she needed money.
Before watching this documentary, I did not know who Nina Simone was. I believe I have heard of her through the years since I like music so much but I never heard any of her songs. Simone’s voice was incredible and her piano playing was amazing. What I liked about this documentary was that certain songs were played in full so instead of just hearing snippets I was able to hear the entire songs. There were great messages to her songs that were able to get out and create impact because of her voice and musical talent. I particularly liked the part of the documentary where Simone’s intense feelings about the Civil Rights movement was discussed. Today I do not believe musicians would ever write a song along the lines of “Mississippi Goddamn” and strongly voice their opinions out loud like Simone did. Simone literally said in an interview how she wished she could arm African Americans against the police and fight with guns for their rights and freedom. The Civil Rights movement and the death of Martin Luther King, Jr. really impacted Simone and her life.

I know quoted that YouTuber’s tweet about how singers back then wanted you to know their music rather than today where singers want you to know them and then proceeded to review a documentary that went more into the personal life of a singer. I think What Happened, Miss Simone? was a great balance of getting to know the singer as well as her music. There was only Nina Simone, her colleagues, and family and friends telling her story. There was no narration. You got to know Simone as a singer and pianist and got to know her songs as they played in full in the background. To me a good documentary makes me interested in learning more about its subject or, in this case, hearing more of the music and that is exactly what this documentary did. As soon as the documentary was over, with an understanding of Nina Simone and her music, I listened to some of her songs. I got to hear them without any talking over them and they were incredible. What Happened, Miss Simone? has gotten much praise and with good reason. I definitely suggest watching What Happened, Miss Simone? if you have access to Netflix. 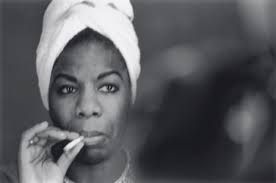 Posted by UneCinephile at 8:28 PM

Email ThisBlogThis!Share to TwitterShare to FacebookShare to Pinterest
Labels: Netflix