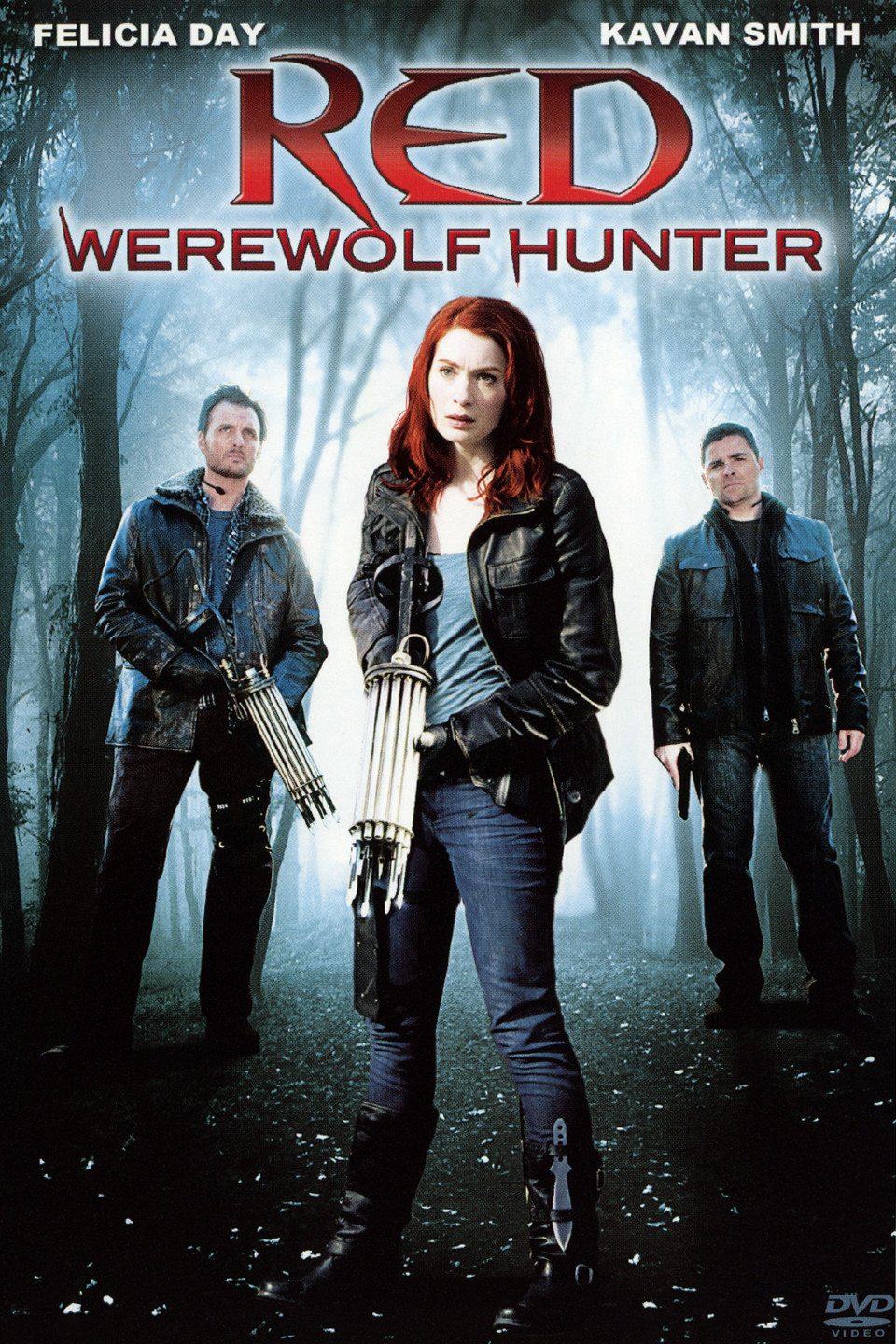 Becoming a fan of an actor or actress is like being in throes of love. You come to like the actor or actress from something you saw them be it a TV show or a movie. You like their part and their acting in the part so you decide to go looking for other movies or shows they were in. Then you may star to casually reblog stuff about them or their show or movie you first watched them in on Tumblr and then that turns into obsessive reblogging and talking to other fans. You also start to post pics of them or their projects on your Instagram and tweet out to them and about them. The biggest thing for me if I like an actor or actress I will obsessively search for whatever movies or other shows they were in. For me watching an actor or actress in another project besides the one I am used to seeing them is like gauging their acting ability.
What on earth does that blabbering have to do with the movie Red: Werewolf Hunter? It has EVERYTHING to do with why I sat through this shit show. I am currently girl crushing hardcore over Felicia Day. Before I get to my rambling about Felicia Day let me break down the horribleness of this movie.
Virginia “Red” Sullivan (Day) is bringing her fiancé Nathan back to her family home in a small town. Virginia is greeted by her grandmother and her one brother Jake. Jake keeps making remarks and Virginia shuts him down. He asks Nathan if he knows the real reason why his sister is nicknamed Red. That is her nickname, not just because of her hair, but because it is a nickname given to the first girl in the family. While out for a walk, a man comes out from the woods along the driveway. The man grabs Nathan and then falls to the ground and turns to ash. Virginia’s other brother Marcus is a police officer. He comes and just tells Jake to scoop the guy up. Nathan is confused. He is an FBI agent and wants protocol to be followed when it comes to a crime scene. Marcus just totally ignores him.

Virginia tells Nathan the truth of what he saw and what her family does. For generations the family has been hunting werewolves. The news is a lot for Nathan to take so he decides to go for a walk in the woods. Marcus does not think that is a good idea for Nathan to go off alone but Virginia says that the moon is not full. While out in the woods Nathan comes across a man called Gabriel who turns into a werewolf at will. Gabriel runs after Nathan and bites him. Marcus and Virginia hear the wolf howl and run into the woods looking for Nathan. The bite on his neck disappears by the time Virginia gets to him.
Of course the symptoms of the bite start coming on for Nathan such as sharper hearing and flashbacks to the night he got bit. When there is a full moon he changes. He is eventually able to tell Virginia that Gabriel changed at will. The whole Sullivan crew becomes even more serious about their job to kill werewolves once they hear the news.
Since this is supposed to be a “horror” movie pretty much everyone besides Virginia get hilariously and ridiculously killed off one by one.
Alright, so as I said the one and only reason I even remotely sat through this movie is because of Felicia Day. I adore that woman so damn much right now. All the other actors in the movie were pitiful besides Day (and Rosemary Dunsmore who was the grandmother. She recently played Rachel Duncan’s mother on Orphan Black). I recently became a fan of Day’s after reading her book You’re Never Weird on the Internet (almost) and came to love her as an actress after watching her fantastic series The Guild (you can watch it on YouTube and on Netflix). If you are obsessed with the show Supernatural like a lot of my friends are, you may know Day as Charlie Bradbury.


Red: Werewolf Hunter was awful. I was laughing so hard at most of the scenes and a lot of the acting. What also kind of sucked about this movie was that the story was decent it was something different. I think if the acting and production had been a bit better the movie would not have been bad. Even though Red: Werewolf Hunter was terrible I do not mind that I sat through it for Felicia Day and I will only say to watch the movie if you are a fan of hers.
Posted by UneCinephile at 10:32 PM