“All men are fair game from now on!”
The Divorcee, made in 1930 when sound was still new and the studios were still trying to find what worked with the new technology, was very risqué for its time. The film is Pre-Code so there is a biting sense of realism and daring which made it risqué. The plot addresses how men and women deal with sexuality and the double standards that arise.
On a retreat to the country, Ted asks Jerry (Norma Shearer) to marry him and she happily agrees. Paul has loved Jerry for a long time and he is heartbroken over the engagement. He gets drunk and that night gets into an accident which seriously disfigures a girl named Dorothy. Ted and Jerry marry and Paul marries Dorothy. The night of their third anniversary, their friend Don stops by with a group of their other friends. One lady happens to know Ted all too well. Ted and the woman go into the kitchen to talk when Jerry walks in on them hugging. Jerry is angry with Ted and later that night she cannot bear to be left in her apartment alone so she has Don take her out. Longing looks and loving touches are exchanged and eventually lead to a one night stand. 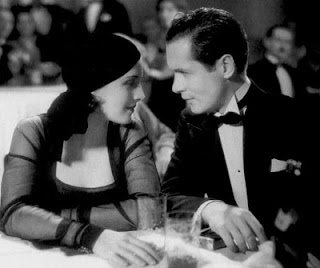 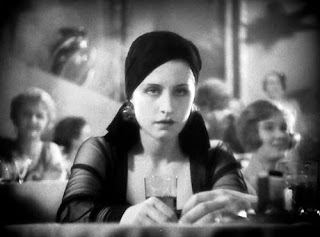 When Ted comes back Jerry tells him she " balanced their books.” Ted is none too happy with Jerry but she cannot understand why it is ok for him to go out with someone on the side for as long as he did and she only had a one night stand. He said that what he did “was not the same.” The couple decides to divorce.
Jerry has a fabulous time with her new found freedom. She goes to parties and sees random men. One man she comes across after many years is Paul. He still married to Dorothy but unhappily; she never lets him forget what he did to her face. He says they are most unhappy because his wife knows he is still in love with Jerry. He tells her that he will get a divorce and she can come live with him in Japan where he has been sent to work. Jerry agrees to this but not everything goes to plan. Dorothy comes to tell them how much she still loves Paul which shows how much she is willing to fight for him and how much she loves him. Jerry realizes that she never fought to stay with Ted she just let her marriage fall apart. Ted has been living in Paris and she goes to find him and make things right.

Today the plot of divorce and spouses/couples cheating on each other is nothing new but back in the 1930s this was a subject that had never been portrayed in films. When The Divorcee was released it was extremely controversial.
Norma Shearer up to this point had always played a proper lady and she was very eager to play something else. She was “Queen of the Lot” at MGM mostly because she was married to Irving Thalberg who was head producer at the studio and gave her all the good roles. Everyone at MGM was skeptical they did not think she had enough sex appeal but Shearer was sure she could handle the part so she had the famous photographer George Hurrell shoot some “racy” photos of her. Well they must have gotten some pulses racing and tales wagging because she got the part. I recently read about Norma Shearer and she felt repressed sexually and in many of her films where her character had to be seductive she was able to express her sexuality (the book I read was very good it was written by Gavin Lambert).

I liked the performances in this film. Norma Shearer would win her only Academy Award for her role as Jerry. She was good but I still have to wonder who she was up against for her to have won. I guess she won more for her characters content and let’s face it acting for sound and acting for the screen itself was still being perfected. There’s something about Shearer that is attracting, she was not very pretty but for some reason I think she had a very nice face and her sexy stares were quite sexy. A very young Robert Montgomery plays Don with whom Jerry as her affair with. He provided a bit of the comic relief. Jerry never told Ted who she had her one night stand with so Don got nervous when she said she was going to tell Ted about their night together. Montgomery played a pretty sly guy but when Jerry said she was going to tell her husband about their night he told his butler to get him on a boat going anywhere. He played that scene very well with the perfect touch of comedy.
I also liked the Art Deco sets. Art Deco is one of my favorite art movements to study. The style would show up repeatedly and very popularly on film sets and clothing throughout the 1930s (in the Astaire/Rogers films just about all their lavish sets are Art Deco).
The Divorcee is a film to watch if you are interested in the history of cinema in America and of Pre-Code films. The film has largely gone unwatched for many years because it is out of style and Norma Shearer has unfortunately faced the same fate as the film. If you can watch The Divorcee in context of the time period you will be able to see it as scandalous and risqué and enjoy it. 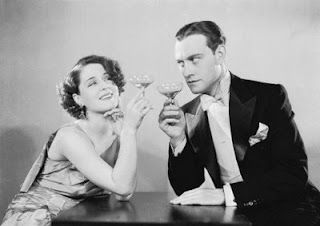 Posted by UneCinephile at 12:20 AM