A Free Soul is a Pre-Code film made in 1931. Norma Shearer plays Jan Ashe a girl who has been given much freedom by her lawyer father Stephan Ashe (Lionel Barrymore). Father and daughter are both very much alike in their free thinking, broadminded ways except they cannot help each other with their individual problems: Jan is emotionally unstable and Stephan is an out of control alcoholic.
Stephan is defending a gangster Ace Wilfong (Clark Gable) who is on trial for murder. Before the trial Jan comes to see her father and  meets Ace. She is immediately taken with the gangster. After Jan walks out Stephan has his partners turn around so they do not see him drinking before the trial.

Ace is acquitted of the murder so Stephan takes him to his mother’s house for her birthday. Jan is at the house along with her fiancé Dwight (Leslie Howard). Dwight has asked Jan to marry him seventy-three times and now she has finally agreed. Stephan and Ace arrive after dinner with the lawyer stumbling in drunk. The family is ashamed of him for not only being a drunk but for bring a shady character into the house. 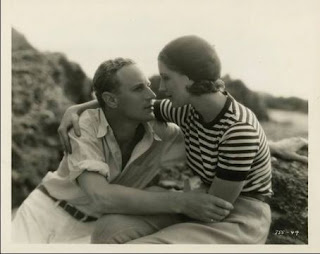 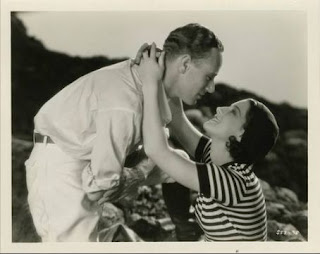 Jan offers to take Ace home. On the way back to his place, they are shot at by a gang of Ace’s enemy’s. At his place Jan falls madly in love with the gangster and spends the night with him. After this night Jan has fallen completely head over heels in love with Ace. She breaks off her engagement to Dwight who she never really loved. Jan goes to Ace whenever she feels the need.
After a while, Jan starts to see her relationship with Ace is not healthy and that her father is falling off the wagon with his drinking. She promises her father that if he can quit drinking she will quit seeing Ace. For a few months father and daughter retreat to the mountains. The last day of the trip Stephan gets drunk and is not seen for a long time. Jan, still addicted to Ace, sees him and he is very angry with her for just leaving and then coming back to him like nothing at all.
Ace does not leave Jan alone. Dwight visits Jan and he sees what Ace is doing to her. Trying to be a good man and win the woman he loves back Dwight goes to threaten Ace and he shoots the gangster.
This film was a bit scandalous when it came out. Norma Shearer came off as incredibly sexy and almost did things like a man would with a woman. Jan only saw Ace and was seductive to get his attention when she wanted. The character slept with someone who was not with her husband. As I mentioned with The Divorcee Shearer felt a bit sexually repressed in her personal life and just really let her sexuality out in her films. Here you can clearly see her dormant need to be sexual come across the screen and she was perfect. Shearer clearly shows why she was “Queen of the Lot” at MGM during the 1930s. To me many of Shearer's best scenes of her career come from A Free Soul. She exudes a sexy confidence that is not over the top or under played, she truly looked like a woman who knew what she wanted and was unapologetic.

Depictions of a woman being seductive would in 1934 become morally wrong to show on screen. Usually if a woman was “seductive” in a film she was no good and corrupt.
A scene I found to be excellently filmed was when Jan goes to visit Dwight in jail. The bar of the cell door blocks their mouths so only their eyes are shown. Shearer and Howard were fantastic in this scene they basically just had to act with their eyes. So much can be seen and told just by their eyes. They both look so sad and guilty.

Lionel Barrymore was excellent as Stephan Ashe. He did so well as a man who loved his daughter and wanted to change but alcohol just got the better of him. The ending courtroom scene when Stephan gives his speech is considered one of Barrymore’s best moments of his career and one of the best scenes shown in a film. It truly is a great scene and a great piece of acting.

A Free Soul is such a great film. The story of addiction and want shared by both a father and daughter is so interesting. Today the story would be like watching a really bad soap opera but, again, as with most classic films they need to be watched in context to understand why they were truly amazing and sometimes shocking.

Posted by UneCinephile at 11:25 AM